I always look back on FOR SIX GOOD REASONS as one of the most “fun” books I’ve written. It’s the third book in the Smoky Mountain series and set in the Greenbrier area of the Smoky Mountains, not far above Gatlinburg heading toward Cosby off Highway 321. The main setting for the book lies in a lovely, green rolling valley with the Smoky Mountains rising in the background—sort of like the photo below.

The main character in the book is Alice Graham, a social worker in the Blount County and Sevier County area, who also played a minor role in my first book THE FOSTER GIRLS as Sarah Taylor’s social worker. Alice works for the Sevierville branch of the Knoxville Wayside Agency, her office in a medical building off Middle Creek Drive near the LeConte Medical Center. Good colleagues and friends of Alice’s, Loren and Richard Stuart, own a counseling center in the same building. The Stuarts often helped Alice with her child and family counseling problems and she always promised to see their children happily placed if anything ever happened to them.

When something did happen and both Loren and Richard were killed in a tragic wreck, Alice stepped right in as promised—but ran into an immediate problem. The Stuarts had six children, ranging in age from five to twelve. Richard had no family except one brother, not fit to care for the children, and Loren’s only close relative was her father Lloyd, not in strong health who lived in a retirement community. Any remote family members drew the line on taking on the responsibility of six kids. Even working through the Wayside Agency, Alice drew a blank on finding anyone willing to take all the children. Lloyd came up from Georgia, despite his health, to stay for a time after Loren and Richard’s deaths, but when he is unexpectedly injured, Alice quickly gets more involved with the children. Fearing being split up, the Stuart children begin to ask Alice if they can stay with her… and somehow she ends up the foster parent of six children. 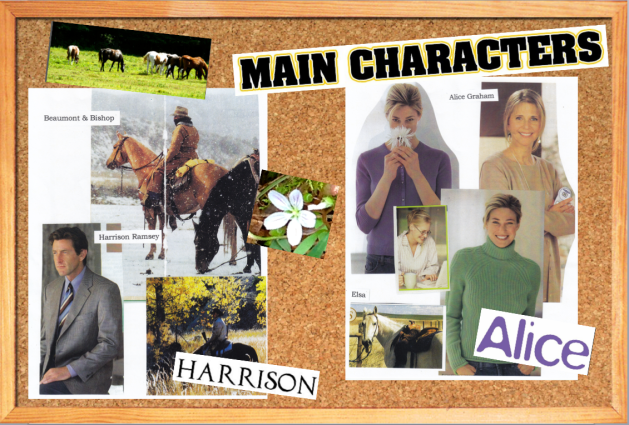 Alice first moves the children into her small, squinchy home in Sevierville, but later starts looking for a larger place. The book begins as Alice returns for the second time to see a large country home in Greenbrier below the Greenbrier Pinnacle. On an earlier visit, she saw a man on horseback, high on a hillside, and felt an odd draw toward him. To her later shock she learns he is her neighbor—and here begins a new set of problems for Alice.

Harrison Ramsey owns the Ramsey Stables and family farm, next door to Alice’s new home, and he also owns a small country market, rental cabins, and an orchard across the highway.  A bachelor with two very bad experiences with women in the past, plus a difficult mother and three older sisters who never made his early life easy, Harrison is determined to avoid women at all costs. A woman with six children that soon end up hanging out at his stables and causing problems is tops on his list of women to avoid. He could stay away more easily from Alice, of course, except for that odd drawing attraction he’d felt toward her from the first, that dang drawing with no sensible explanation.

And so begins Alice and Harrison’s story—both thrown together by proximity with their lives soon jumbled together in other ways as well.  Throughout the book, too, weaves the story of Alice and Harrison’s personal lives, their work problems, and the challenges Alice faces every day as the primary caregiver to six children. 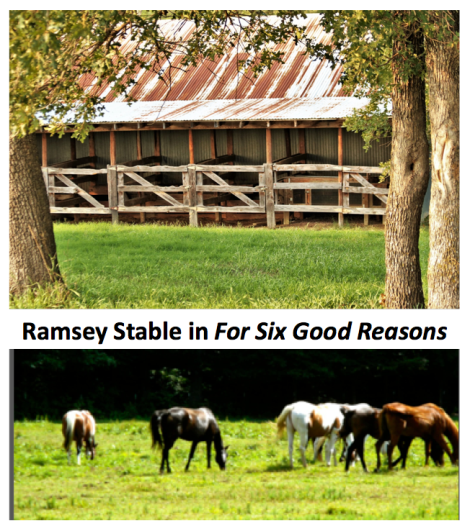 One of my favorite things about writing this story was creating the Ramsey Stable. Growing up I was always a little horse-crazy as a young girl and I hung out at a walking horse stable near my home. My childhood friend and I, both horse lovers, read about horses all the time, played “pretend” horse games, went horseback riding whenever possible, collected horse statues, watched every horse movie that came out, and even sat writing out lists of “horse names” we loved. So I got to return to my “horse-loving” roots inventing a stable, weaving riding trails for it into the mountains, finding pictures for all the horses in the stable, and naming them.

As a teen, I also volunteered at a nearby orphanage and always had a tender heart toward children who had lost their parents—and had no family to take them in. Later in college courses in psychology and counseling, I learned more about social work, childcare and foster agencies and the good work they do. I enjoyed creating a situation in this book where children, who’d lost their parents, gained a new and happy life.

It was joyous fun to create the Stuart children. By the time I fully developed each child in age and personality, and saw them through the storylines and conflicts of FOR SIX GOOD REASONS, my heart grew bonded to these kids—as if I’d helped raise them myself. The Stuarts were great kids. The two oldest girls Hannah and Megan only twelve and ten, try so hard to be a help to Alice—wanting their family to stay together. Stacey, eight, outgoing and feisty, and little Rachel, seven, sweet and shy, are both heart-stealers. And the rambunctious, inquisitive five-year-old twins Thomas and Tildy constantly steal the show in the book, as little children of that age always seem to do. Thomas, in particular, with five older sisters is especially drawn to Harrison, and despite himself Harrison feels a pull toward Thomas, too, remembering being the younger brother of older sisters himself.

The “inspiration house” for the country home Alice buys for herself and the children was inspired by Jim Gray’s painting “Spring Ablaze,” which was used as the cover for the book. This house was actually Jim and Fran Gray’s home before they moved from Tennessee. I expanded the idea of Alice’s new home, called “Meadowbrook” in the story, to accommodate a large family … but the home idea is similar in feel and style.

If you haven’t read this book, I think you will enjoy it. I won’t spoil the rest of the story with all its adventures, twists and turns. But I hope you will love FOR SIX GOOD REASONS. The hook and synopsis on the back of the book are good to close with. . . . .

“A young woman with six foster children under twelve, hopes for patience, peace, and a bigger house—but love? Not hardly. However sometimes fate deals an unexpected hand. . . . . . . When Alice Graham came back to look at the sale property at the base of the Smoky Mountains in Greenbrier, it was absolutely not because of that recurring dream of the cowboy. She’d seen him high on the ridge-top in the winter and felt a peculiar drawing and attraction flash between them—but she certainly never expected to see him again. When she did, a month after buying the rural property, that odd attraction still sizzled in the air.”

[Note: All photos my own, from royalty free sites, or used only as a part of my author repurposed storyboards shown only for educational and illustrative purposes, acc to the Fair Use Copyright law, Section 107 of the Copyright Act.]